A COUPLE of years ago, a well-intentioned friend, hearing me describe the horrors of my commute in Paris, said I should decide when I wanted to see my son each day: in the morning or at night, but not both.

The mythology of my fellow commuters is of the same ilk: either come in early (the crack of dawn) and leave early, or come in late and leave after the late (7 p.m.) Parisian rush-hour traffic. Neither is very satisfactory, but everyone seems to agree that only a large chunk of time at the office justifies driving so far. 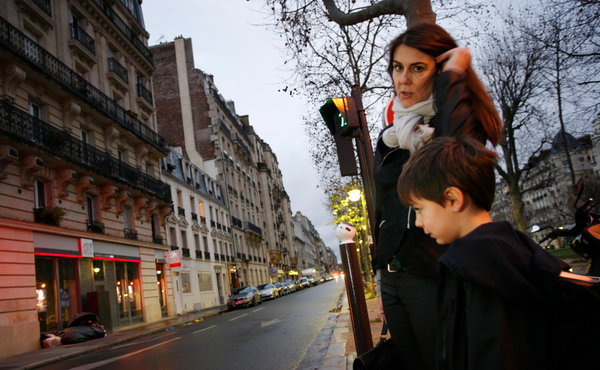 Herminia Ibarra, en route to her son's school in Paris, finds that she is more effective as a parent and at work if she shortens her daily time at the office.

As a new mother, I tried working more full days from home. But people at work said I wasn’t around enough, and I believe that my post-maternity-leave compensation reflected that perception.

Fortunately, a few months ago, I found a better way to divide my time between home and office. And it all started with a comment from a colleague.

He said he knew of a professor based in Paris who had made it a point to go in late to work so he could see his child first. This man used his office time very effectively, then went home early to beat the rush-hour traffic jams. He finished the rest of his work at home.

It had never occurred to me to come in later and leave earlier, but it made perfect sense. So I tried it. I started taking my son, who is now 6, to school more often, even when my husband was free to take him, too. Walking over as a trio is a delight that carries me through the rest of the day.

As all working moms know, school mornings aren’t just a time to bond with your child. They offer an essential lifeline to all you need to know but that no one would think to tell you if you didn’t hang around the school for a while. I discovered a small circle of parents who gather over coffee near the school and trade stories about the tribulations of parenthood — all before dispersing to their respective tasks after 9.

I also started coming back home from work early enough to help my son with his homework. And I do much of my writing — a major part of my job — from home, early in the morning and in the evening. I still work very hard, but I now have more energy for both my family and my work, and I’m more productive. Thankfully, by avoiding rush hour, I also spend less time in my car.

As a result of my new work schedule, I feel more connected to the members of the group I lead. It’s not just a simple matter of putting in face time. As chairwoman of my department, it is my job to spend time with my colleagues.

A  FEW weeks after I started my new approach, I read an article by Erin Reid, a Harvard Ph.D. candidate who studies men’s professional identities. A large proportion of the men she studied bought into the traditional ideology, the one that requires a partner — that is, a wife — to hold down the family fort. A second, smaller group did not subscribe to this ideology and were looking to change careers to align their lives with their values.

More interestingly, she found a third category of men, who were successful in terms of performance evaluations and compensation, but who actually worked fewer hours and were unavailable for the office on evenings, weekends and vacations. These men subtly and skilfully chose the projects and clients that would allow more flexibility — and surrounded themselves with kindred spirits who would cover for one another. But they had also learned that it was better for their careers to remain discreet about their strategy, and so they weren’t role models for the rest.

Much research has shown that women bear the brunt of today’s “extreme job” work culture. In her book “Selling Women Short: Gender and Money on Wall Street,” Louise Marie Roth reports that while parents tend to work fewer hours than nonparents, fathers are seen as more effective and committed to their work than mothers and so much better able to pull off an unconventional schedule successfully, free of suspicion that they are coasting toward a mommy track.

As an academic, I’m lucky: I can come and go as I please as long as I keep publishing my work. I wish that there were a way to extend this flexibility to more men and women.

Our work practices and cultures were built during the time of the single-earner family. We expect modern workers in a variety of life situations to conform to this traditional standard, as if it’s the only way to stay motivated. Maybe it’s time to change that expectation — especially as executives try to stem the loss of talented people at the middle and upper levels of their organizations.

Herminia Ibarra is a Professor of Organisational Behaviour. This article also appeared in the New York Times.

W. Chan Kim and Renée Mauborgne are Professors of Strategy at INSEAD and Co-Directors of the INSEAD Blue Ocean Strategy...